Hayley Garnett is the fun and fierce mama of three behind the Instagram account: @th3littlestavenger. Hayley has captivating images of her family life, including tons of “ mama-moments-you-never-want-to-forget” with her twin girls, Ruby and Ramona and her son, Archer. Hayley does not only have beautiful images, but her writing for her captions are so raw and real that it really brings to life the reality of motherhood. After visiting her page, it’s easy to want to instantly become BFFs with this lady!

Recently, Hayley was kind enough to share her birth story experience with us. Her experience definitely offers some ease to mamas-to-be on what it might be like to be pregnant with multiples.

PB: How many kids do you have?
Hayley: I have 3 kids, 2 of them are twin girls, they are almost 5 months old, Ruby and Ramona. Also, I have 4 year old son that was really excited to be a big brother to two girls. He calls them his, “babies” and he is just over the moon about them, he’s just so excited.

PB: What was it like finding out that you were having twins?
Hayley: Finding out that I was having twins was pretty crazy. I mean I found out I was pregnant around 5 weeks and then had my ultrasound at 7 weeks. When we went in, of course they were like, baby A is great, and I’m thinking, “Baby A? Does that mean that there’s a baby B?” Then my husband is clueless and was like, “Okay!” Then they go on, “And baby B…” and then we looked at each other and we’re both like, “Oh my gosh, whaaaat!” So, it was pretty crazy, there were some tears. Maybe not the happiest tears at first but of course I would have it no other way now!

PB: How was your labor experience?
Hayley: I had a c-section with my son, so I kind of went into it knowing that they generally don’t like doing vaginal births for twins if you’ve had a c-section before because of complications. So, we did plan the c-section day which was at 37 and a half weeks and I did make it to my planned c-section day, which was really awesome! But, it didn’t feel awesome, it was very hard. I had an emergency c-section with my son, so it was nice to know that this was going to be planned, I wasn’t going to be put under general anesthesia and I would be able to have that skin to skin afterwards. Also, I knew about the healing process and all that. To be honest, I went into it smiling and laughing even though I was scared and nervous. I was also very appreciative that I would be awake during all of it, that I would be able to see my babies soon, and I would be able to hold them right away. It was amazing. So, we get to the hospital for the c-section at about 6am, and there was a bunch of people in the hospital at that time, even another twin mom too! I got my c-section at the planned time which was kind of scary because at first I didn’t think I would. But, everything went really really well, I got to hold both of them on my chest, right away!

PB: How did your son react to your twin girls?
Hayley: He has not shown much jealousy, he is just very protective over them. But, he also doesn’t know his own strength, so he’s a little forceful with the hugs and he squeezes them a little hard, you know. He was really excited about becoming a big brother and he has really shown nothing but love for them!

PB: How was your journey with breastfeeding?
Hayley: I haven’t really talked about breastfeeding yet on my Instagram because there’s so much that’s been happening. But, they are breastfed! They did get formula first because it took about 10 days for my milk to come in, but they have this little system where they can still eat at the breast but it’s with formula, so it goes through the tube and then the nipple shield. That was amazing because they didn’t get a bottle first. They were exclusively breastfed for most of my maternity leave, so for their first 3 months, and now my supply has dropped significantly. I probably give 70% formula and 30% breast milk. Which makes me sad, but I’m also proud that I stuck with it, even though it’s been so difficult especially nursing two babies at once. Or even nursing one at a time, you’re just constantly, constantly nursing. But, I’m still proud of it and I hope to make it to that 6 month mark before I completely dry up. But, if I could make it to that first year, I would really love it because I just really love that bond and I love cuddling the baby and having them look up at me, grab my face, all sorts of fun things!

PB: You are so body-positive on your Instagram! How did you get to that point? How do you maintain that positivity postpartum?
Hayley: I am no stranger to showing off my postpartum body, I am proud of what my body has done! Although sometimes I am disappointed because I didn’t bounce back quite as well as I did with my son. I popped stretch marks at 13 weeks because twins grow like crazy, so my stomach is a mess of stretch marks and I have that separated abdomen so I still look a little pregnant if you look at me from the side. But to be honest, it’s crazy that we grew a human, housed a human, gave birth to this human, and we keep this human alive. I mean, why not be super proud of our bodies, rather than feeling shamed that our bodies have marks of this incredible journey? I don’t know, it’s crazy to me.

“Happy one week birthday, ladies ! This morning Archer asked me what’s wrong with my belly and I told him that all of my babies leave marks on my belly so that I never forget for a second that I grew them in my body all on my own and that they exist earthside with me now! A forever reminder, whether I’m truly confident having these marks or not, it’s no doubt a testament to the miracles my body has made ❤️.” – @th3littlestavenger

PB: What are your tips to moms?
Hayley: I think that we need to support each other as moms. Instagram has been amazing! I am actually in this hotel room right now that a friend from instagram bought me to get a good night sleep and I’m just like, “WHAT! You’re crazy! You’re awesome!” So it’s just amazing what kind of support we can find there. I just really encourage you, if you see someone struggling to lift them up. If someone shows that they’re going through a tough time, send them a nice message, it goes a long long way. You can make lifelong friends just from reaching out even once. Even by just saying, “Hey, what’s up!” 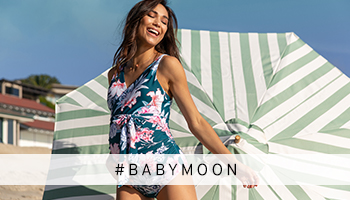 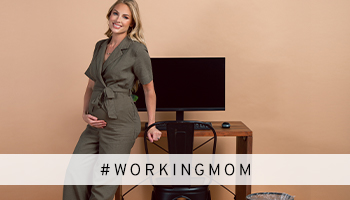 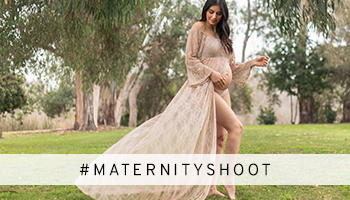 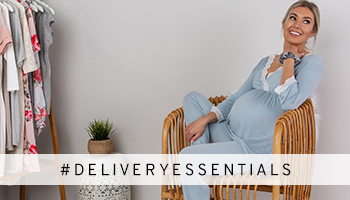 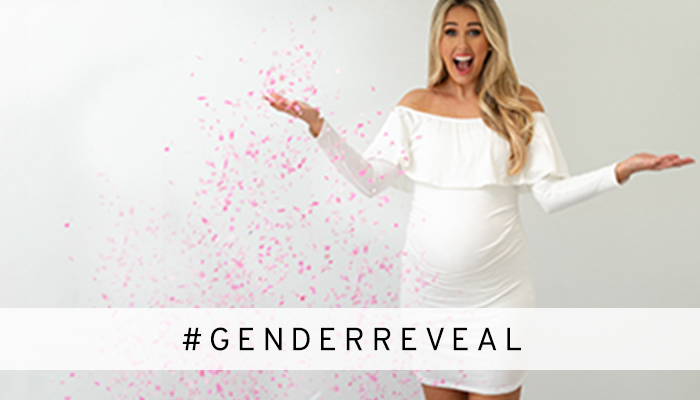